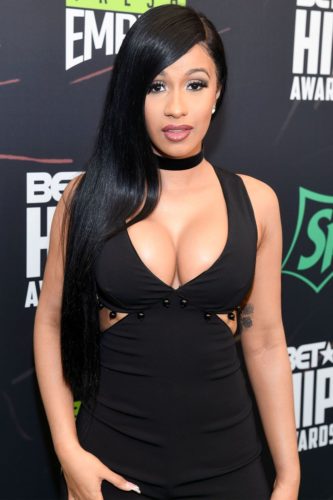 A Nigerian cleric has cautioned American rapper, Cardi B for attributing her successful career to Jesus Christ.

Cardi recently released a new single  “WAP” featuring American rapper, Megan The Stallion and it shut down the internet within few days of release. A fan had taken to twitter to mock those that had said her career had ended after the release of “Bodak Yellow“. The rapper responded thanking Jesus for her success. “When Jesus Says Yes Nobody Can Say No“

However, a Nigerian cleric identified as Tomiwa Immanuel on Twitter cautioned her over her statement. According to him, her success isn’t because of Jesus because her music is mostly about immorality and profanity. He stated that as much as Jesus loves her, he doesn’t roll with that.

In his words:  “I’m really happy for Cardi as an artiste. However, her success is not because ‘Jesus said Yes’—her music is mostly about immorality and profanity, and as much as Jesus loves her, He doesn’t roll with that. She’s successful because she’s giving the world what they want. Fin. There is no interpretation of Jesus’ character or agenda outside what is in the scripture. Don’t get it twisted, Jesus would sit with Cardi and Meg, laugh and gist, and tell them all about His wonderful grace. He wouldn’t sit and listen to their music though.

Jesus loves the world, everyone in it. But check His communication with people, He always spoke about living the life you’ve been called unto. Jesus wants you to live holy, just as He has made you holy. This involves the message you preach and stand for. You can’t make a career out of doing things that go against what the Bible says, and then say God has made you successful. You’re successful because you are doing music that a world of sin and depravity likes to hear, plus good beats, marketing strategy, etc.

Cardi has said it herself, she’ll keep rapping about her privates because that’s what the fans seem to like, as the rappers who rap about meaningful stuff don’t have as much recognition. So how then do you praise Jesus for success in a career that has no Jesus values in it??

See his tweets below: